Docler Group vs Hungary or Luxembourg vs the World?

The tax office disputed the proper legal practice of re-selling the exploitation right to know-how; however, WebMindLicenses Kft. challenged the decision of the tax office. The case was brought before the Court of Justice of the European Union as a result of the perplexity of the Hungarian Court.  The proposal of the EU Court of Justice was to adjudicate the case under international law, under which WebMindKicenses Kft is difficult to be challenged. The tax authority is required to show that the sole goal is to obtain a tax advantage. 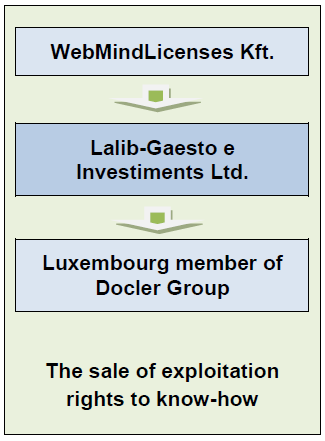 It can be concluded that the above-described process was necessary because WebMindLicenses Kft. sold the intellectual property not directly to its affiliated undertaking, but through Lalib-Gaesto e Investments Ltd. as an independent party, as a result of which it had the opportunity to carry out the sale at any price rather than market price, thereby influencing the resulting profit on the sale of know-how and hence the corporate tax. In addition, the obligation to prepare transfer pricing documentation could be evaded concerning the transaction.

Nevertheless, it can be concluded that intellectual property owner WebMindLicenses Kft. reallocated the right to exploit the know-how to the group member in Luxembourg, because in this way its corporate tax could be significantly minimized. The subsidiary in Luxembourg is taking royalty. As a result of all this, the operating profit of group members performing real economic activities is directly reduced by the royalty payable for the use of the group’s rights.  As a result of the interest-royalty directive the royalties paid are not subject to withholding tax. Royalties are negligible at the level of the whole group, thanks to the Luxembourg IP system implies a 5.84% tax in compliance with all laws, curtailing the tax revenues of the country where the real economic activity is carried out, which is not welcomed by any of the countries’ budgets outside Luxembourg.

The process described above resulted in considerable corporate tax savings for the Group.  Such structures are sustainable in the long term, as the effects of the legislative changes that frequently occur in our country do not affect them concerning the primacy of international law.

If this article was helpful for you, please let us invite you to know more about our associated services:

It is essential in our profession to being up to date and accurate. A costumer-centric thinking and many years of diverse professional experience associated these at BPO which makes them professional.